At M R K WP we had what could only be called a series of unfortunate events. With fast running and some rapid changes we have been put in a place where we had only one way out – change our name.

For a little context, let me take you back in time. Its 2015 and the golden age of Divi Layouts and plugins is in full swing. At our agency, M R K Websites, we have just delivered 50 websites using Divi Builder within one year. In the process we are making a series of plugins to deliver these sites. Some of these plugins we find become part of our framework or development stack.

A light-bulb moment occurred, MAYBE other people might like out plugins. Maybe we should make a site and try selling them.

After a series of false starts and procrastination on my part we finally launched Divi Framework. A site that showed using Divi with a series of other plugins on WordPress was a viable framework for website delivery. Hence the name – Divi Framework.

As developers we love frameworks. Convention over configuration is always a great way to go. Using Divi, Gravity Forms, WordPress, WP Rocket, ACF and Kirki became our framework. As long as we stuck to these gems of PHP and MySQL we were delivering great websites – fast.

We had random plugin slug names as we built these tools. A plugin Slug is the folder name of your plugin. WordPress as a foundation and organisation has strict rules around these. We didn’t spend time learning this or a bunch of other things that seemed unimportant at the time. We had no idea this would come back to bite us and cause the renaming we are presenting today.

The launch of Divi Framework was well received and along with a decent reception on Youtube we began the journey of selling WordPress plugins. Feedback was mostly good and everything was sunshine and rainbows, for a while. We were using WooCommerce and the API Plugin add-on. It worked OK. We were never really comfortable with using this authentication method.

We rolled our own tool in 2017 which was used for the life of Divi Framework. It made things more simple. One login and no software keys. We liked that, and mostly so did our customers. Some people thought we just wanted to track them – but hey, the internet is watching you. We aren’t but the internet is.

A hit plugin for Divi Theme

At Divi Framework we have a great free plugin called Footer Plugin for Divi. It has over 5000 customers and a bunch more activation’s. Its a free plugin so we decided to submit this awesome little nugget to WordPress.org. Should be simple right? How wrong we were.

A little byte of electronic data would unfold terror in my heart. An email from WordPress.org. The plugin approval team at WordPress had said we can’t use our name Divi Framework. It was a trade mark or something. So we cant use our name? You mean, we cant use OUR NAME???

Our name had caused me a few problems before. Id been to some WordCamp meetings and had presented with people thinking I was from Elegant Themes. Nothing to drastic but hardly a comfortable conversation. This new email however was something different. It was clear that drastic action would have to be taken. We would have to re-name our business.

As I thought about this I realised if we really wanted to be good citizens online. Be good participants of the WordPress community it was time to change our name. We could no longer stay as Divi Framework. We did not have the trademark and it also was not at all flexible. What if we want things that aren’t based on Divi? We may want to release Gutenberg Plugins? How about AMP tools for WordPress?

What about the SEO?

This was my major concern. We had spent a lot of time and effort getting our site ranking and we really needed to keep it ranking. If we changed our domain name it was a problem, but what is the alternative? I did some research, it kinda helped but not really. SEMRush told me what I was about to attempt was difficult.

Not changing our name would also mean no WordPress.org? Or worse, one day maybe Elegant Themes may decide to not be friends and ask us to change our name anyway. I don’t think that would happen. So many participants in the WordPress community have Divi in their name and the guys at elegant themes are stand up people. However, a decision had to be made and it was really not a decision at all. It was a choice, stop living in denial and change your name or try and keep going. The choice was simple but not at all easy.

It was a bit like ripping of a band-aid as a child. You know you have to do it, quick is best. So we are going for it….

So the search began. The google search for name tools. I had no idea what to rename as. We didn’t really know what to look for. The original business is just my initials, M R K, with the word development stuck on the end of it. Original hey, just as original as me.

So, since a leopard cant change its spots – M R K WP was born.

I fought with the name for a little bit. Its not exactly anything great but something really stuck out to me. Names are generally made great when the person or entity with that name does something great.

JP Morgan was a person – now its a bank. Other iconic names, meant nothing until we got context. MacDonalds is now an international restaurant. At one point it was just a guys name. Nike was nothing until they established a great brand.

So we got over ourselves, I brushed of the dust and got to it. We had to change name, it wasn’t going to be easy but we had to do it. 4 weeks later, boom – new website, new payment system and new branding. LETS DO THIS.

The move to Freemius

Since we are rebuilding everything we are now using the most excellent platform for WP Plugins. Freemius. We will use it to deliver all our plugins. Sure, its another big change but it sure beats what we were doing before. We like WordPress Plugins and the platforms that make it work. What we do is deliver plugins. This has always been harder than we wanted and Freemius are really making it easy.

They have an amazing toolkit and already we can tell its going to make our lives easier.

If you are selling plugins, let me save you some trouble. Use Freemius.

So now we have an all new website and way of delivering our products. Welcome to M R K WP.

I mentioned slugs earlier. The folder names we use for plugins. You may have thought Id abandoned the subject but here we are. Back at those slippery little slugs.

As we started this migration to Freemius something dawned on us. We need to change slugs. Freemium requires that we have “-premium” in our slug names. All for good reasons. But all those random pesky slugs came back to bite us. Who would have though random folder setups was not a good idea? All new slugs needed to be created for every plugin. That’s not good.

The alternative however is worse. Stay in the old world. Ignorance is not bliss if you really know you’re in pain but ignoring it. So we have to change our premium product slug names.

This means every plugin needs to be re-downloaded and setup as if its a new plugin.

For our existing members, we know this is far from good news. It means replacing a bunch of plugins, replacing billing details and becoming familiar with a new process. For all of you, we want you to know we understand its not going to be fun, but in the end we know it will be better. Please work with us to get this right.

Whats going to be better? Mainly that we will be able to focus on service instead of technical delivery . We want to focus on you, our clients and customers. This new setup will help us deliver a better service.

For our WordPress.org submissions, we had the same issue. We had to replace our slugs. This means those plugins are new too.

Yeah – of course. Why not. So we are also going to add chat to the site and finally commit to a new delivery method of support. Zoho Desk along with Zoho CRM, sales IQ and the whole Zoho one is on the role out right now.

We are now M R K WP. Our other site, M R K Websites which is used for our agency – will also merge into this site. We are making sure we focus on one thing – being awesome at websites using WordPress. We want to continue to do great content, videos and SEO but we also want awesome service. Its a challenge for our small team but I think we can do this. Time will tell.

So for all our customers you will get some emails. For everyone new, welcome to my world of WordPress. Welcome to M R K WP.

How to attain SEO excellence 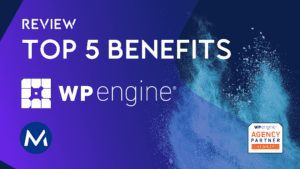